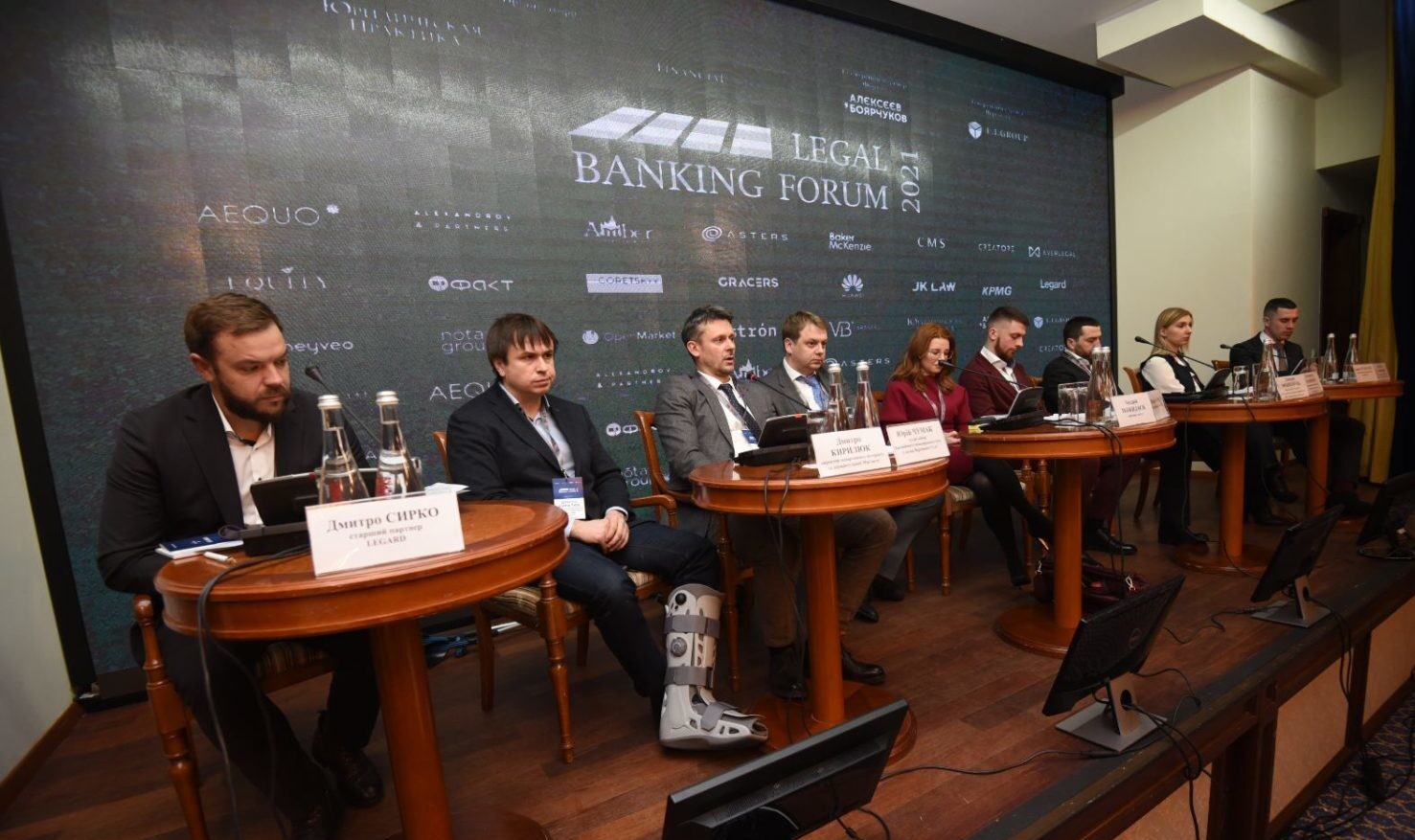 On February 10, 2021, the VII Legal Banking Forum was held, which brought together representatives of the financial and legal business sector in Ukraine to analyze what changes and achievements the financial market has entered the new year 2021 and what challenges await it in the future.

The third session of the forum was held in the format of a PABLIC TALK on the topic “Litigation involving FINANCIAL INSTITUTIONS”.

Speaker Dmitry MOSHENETS, Head of the Bankruptcy Support Department of LLC “FC Investohills Vesta”, raised the main important topics in resolving legal disputes that we would like to improve.

According to Dmitry Moshenets, financial companies in most cases received the right to claim cases, usually located in the portfolios of liquidated banks, which are managed by the Deposit Guarantee Fund for Individuals.

In general, companies are faced with the problem of the lack of original enforcement documents, the omission of the statute of limitations by the previous creditor – an insolvent bank, the omission of procedural deadlines for appeal and cassation appeal of court decisions, the ambiguous practice of economic courts in the issue of replacing a party in a court case with its legal successor, replacing a party in enforcement proceedings with its legal successor.

The speaker also called the issue of duplicate executive documents a separate problem, since the courts determine the validity of the reasons for their issuance in different ways.

“This issue should be settled at the legislative level. Perhaps it is not necessary to provide a full list of valid reasons for issuing a duplicate of the executive document, but at least to include mandatory reasons. At the same time, it is necessary to provide that such a list is not exhaustive,” Dmitry Moshenets said.

Also, according to him, financial companies support the legislative initiative to increase the total limitation period, because for various reasons, financial institutions do not file claims within the established time frame “We know that today the Verkhovna Rada of Ukraine has a legislative initiative to amend the current Civil Code regarding the extension of the statute of limitations, which will significantly increase the ability of creditors to protect their rights and interests, including financial companies that receive the right to claim for certain cases with the omission of such deadlines,” the speaker said.

Separately, the speaker noted that there is a problem of restoring the time limits for appeal and cassation appeal of decisions of economic courts, and the courts have different attitudes to restoring the statute of limitations, which also leads to a violation of the rights of creditors, since it is impossible to use their procedural right to appeal clearly illegal, unfounded court decisions that directly prevent debt collection from debtors.