Andriy Volkov, Investohills: “We are “crisis managers” and “crisis investors”

Investohills Financial Group is the largest operator of the problem debt market in Ukraine. The company has been working with the most complex debt assets for more than 10 years. 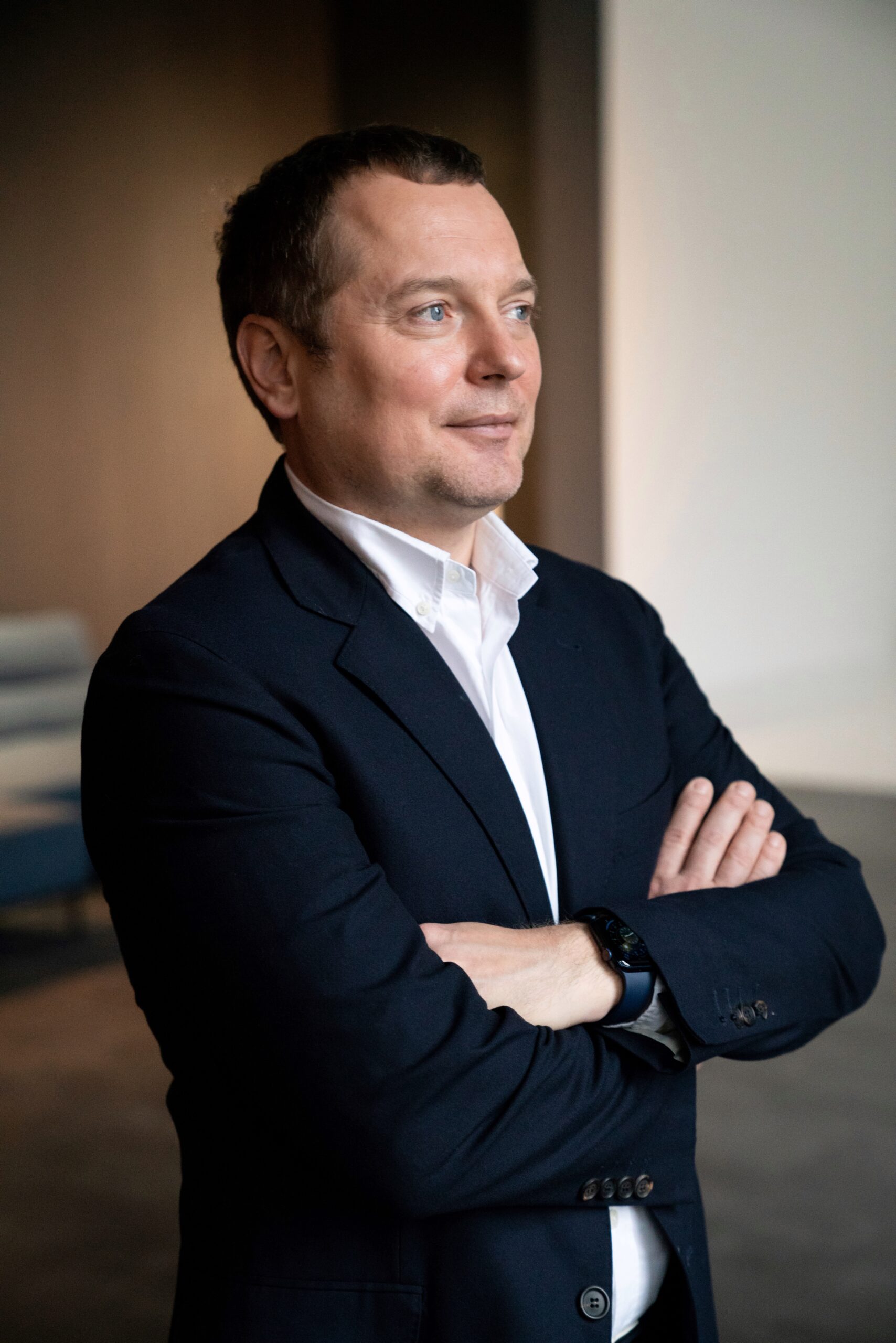 Ukraine occupies a leading position in Europe in terms of the share of problem loans in the economy. Non-repayment of loans entails raising interest rates or restricting access to credit resources, even for those who pay their bills on time. The high level of delinquency on loans and the distrust of bankers hits the pocket of the Ukrainian borrower, and the growing indicators of problem loans reduce the stability of the country’s financial system.

Investohills Financial Group is the largest operator of the problem debt market in Ukraine. The company has been working with the most complex debt assets for more than 10 years. Its task is to achieve repayment of the debt and attract the borrower to the business. As a result of such work, creditors can at least partially return the invested funds, and depositors of failed banks can return their savings. In addition, the Ukrainian financial sector receives real mechanisms to combat unreliable borrowers. Andriy Volkov, the founder and managing partner of Investohills, told how his company found its place in the market and shared his plans for the future.

Tell us about your professional background. How did you create the company?

I received my higher education at the Odessa State Economic University. While still a student, in the late 1990s, I began working as a consultant for PricewaterhouseCoopers (PwC). Then in my career there were Dutch bank ING and “Alfa-Bank”. During my 10 years of work at Alfa-Bank, I rose from head of the department to Chairman of the Management Board, and also headed the Supervisory Board of IC “Alfa Insurance”.

In 2009, at the height of the global economic crisis, I left Alfa-Bank and started my own business. From my experience in the banking system, I knew that any economic crisis is rife not only with debt and problems, but also with opportunities. So the company “Investohills” appeared, which later transformed into a financial group. Our main specialization is dealing with distressed assets, mainly corporate debt and financial restructuring.

What does the “Investohills” business model look like and how do you earn on debt?

In the midst of an economic crisis, enterprises overloaded with loans begin to “sink” under the yoke of monthly payments, and in the case of delinquency, credit payments become overgrown with fines. If there is a constructive dialogue between the lender and the borrower, they find a way to resolve such situations peacefully. But in most cases, the debtor, taking advantage of the weaknesses of our judicial system, simply does not pay the creditor. He tries to withdraw the collateral and commits a series of fraudulent actions, forcing the original lender to sell the right to collect the debt to specialized companies. It is precisely such cases, the most complex variants of problem loans, which we deal with.

That is, the company earns on enforcement, and the economic crisis is your best assistant?

In general, yes, but our role is not limited to debt collection. Often we act as an investment company that resuscitates the business, saves jobs, brings the company to profitability and then sells it to a new owner. It’s more profitable than just selling off a scrap yard. This approach is more beneficial for us, the creditors involved in these processes, and the state. As for economic crises, I can say only one thing: they happen more often than we have time to deal with their consequences in the financial sector.

“Investohills” holds a leading position in the distressed debt market. What volumes are we talking about? In what parameters do you outperform your competitors?

Today, the nominal amount of debt on the balance sheet of our company exceeds UAH 100 billion. For comparison, this is the approximate amount of problem assets of one of the Ukrainian banks, which is one of the “five” largest. If we talk about investments, they amount to several billion, and we plan to increase by UAH 1-2 billion of investments per year in the next few years. According to the results of 2019-2020, Investohills occupies about 50% of the market of distressed assets; the remaining 50% is shared by another 4-5 companies. In general, they are hardly superior to us even in terms of staff. Only about 100 people are engaged in corporate debt at “Investohills”, and another 300 work in the field of distressed retail loans.

What is the secret of such rapid growth of the company? Or are you the market leader just because you’ve been dealing with bad loans longer than anyone else?

In fact, the opportunity for rapid growth and development in our sector has appeared relatively recently. It is due to significant changes in the algorithm for acquiring debt collection rights and the possibility of financial restructuring at the state level. Our 10 years in the market is a great experience. Today, we do not target specific assets and do not hunt for a specific business or real estate object, as do novice investors. Our experience allows us to evaluate any debt portfolio in terms of price/profit/risk. We are committed to diversification, and now our portfolio includes companies from all sectors of the economy and all regions of Ukraine. This makes our business more sustainable compared to small companies whose success depends on collecting one or two large cases.

In addition, many years of practice have developed our ability to catch up with so-called stolen assets. Now we boldly buy cases in which neither banks nor competitors see any benefits for themselves. There are cases when we acquire problem loans worth hundreds of thousands of dollars (outstanding loans, illegal offset schemes), in which interested parties manage to withdraw collateral, resell or liquidate the company several times. Working with such assets involves additional costs for legal processes, research and analytics, and is also delayed for a long time. But we know how to return assets to the balance sheets of companies, how to recover their costs and make a profit. There is no secret. It’s just that we know the market better than others, have a rich practice and understand our business well.

What changes, other than the law “On Financial Restructuring”, have affected the success of the company?

Since 2018, the Deposit Guarantee Fund of Individuals has started actively selling distressed assets of bankrupt banks. Prior to this, individual loans could be purchased, and the purchase and sale processes were very chaotic. But the transfer of transactions with toxic loans to the ProZorro system automatically minimized the number of intermediaries, resellers and reduced the corruption component to zero. The new comfortable conditions allowed us to first attract Ukrainian investors, increase volumes and earn a reputation, and then create a platform for international investment, within which we organized the “Investohills Helianthus” investment fund. Its participants were the American and two European specialized investment funds.

The media often talk about Investohills’ links to oligarchs and attribute the Russian trail to you. Where do these rumors come from?

During the entire existence of “Investohills”, we are associated with various oligarchs, but in reality, the basis of our investments is provided by “Investohills Helianthus”. In fact, this fund is a trio of powerful Western investors with a planned investment volume of $100 million in the Ukrainian NPLs market. I think that the questions about relations with the oligarchs can be closed once and for all.

Regarding the rumors about the Russian trail, I will say the following: no one likes to pay back their debts. As practice shows, the most unreliable borrowers are very wealthy people. Having extensive connections and financial capabilities, such entities have been evading their credit obligations for decades, using various methods, including illegal ones. As a result, we meet with them in court. But, unfortunately, sometimes not only in court: as soon as the opponents run out of legal arguments, they try to poison life in a variety of ways, including dirty PR. They accuse me of espionage, cooperation with the Russian special services, and call into question my patriotism, referring to the fact that I worked at “Alfa-Bank”12 years ago. Recently, some Ukrainian media actively reprinted excerpts from a fake interview that a certain Russian website allegedly took from me. What they have achieved is unclear. But since we are talking about this, I will take this opportunity to once again voice my position: Ukraine is an independent state, and Crimea is a part of Ukraine that was occupied by the Russian Federation, Russia is an aggressor country. I have held this position since 2014, and it has not changed.

How is your business affected by the pandemic and its associated restrictions?

Quarantine measures have significantly slowed down the legal processes. The remote mode negatively affects the work of the entire legal system of the state. We regularly face postponement of court sessions and fall behind the schedule of planned exits from even the simplest assets. Many recovery processes, including foreign ones, which previously took a month or two to implement, will be completed only in a year. But we continue to work and hope that the market situation will soon stabilize.

How will the problem debt market change?

The changes will be drastic. Until today, the main driver of the problem debt sphere was the Deposit Guarantee Fund for Individuals, but it has already sold most of its assets.

It is likely that the results of the fight against outstanding debts and the positive dynamics of economic recovery will lead to the sale of the problems of state-owned banks. The Ministry of Finance and the government have already ordered the supervisory boards of state banks to take up this issue closely. They are also under pressure from the NBU and international donors. Therefore, I hope that the first transactions with the assets of state-owned banks will take place this year.

Perhaps there will be a few more niches associated with the privatization of state-owned enterprises and distressed assets in the agricultural sector, where over the past year there have been a number of serious bankruptcies among traders, including those related to fraud.

I see the emergence of the market of debts of enterprises from among the suppliers of public services as quite logical. The problem of huge debt in the housing and utilities sector has not been solved for decades, but more stringent regulation of this industry at the state level will allow our company to work with such debts.

In general, I want every lender, defrauded depositor and disappointed investor to know that in our country you can invest money in banks, lend and start investments from abroad. Even if something goes wrong, eventually all the debts will be paid.